Are you trying to replace your old shopping habits at Walmart, Tesco or Carrefour, and searching for that one large out of town supermarket in Frankfurt? Well the place you are looking for is Real in Eschborn.

Unlike the UK, where the supermarket chains all have small innercity branches and then one big store on the ringroad, in Frankfurt the REWE stores that you see everywhere are as big as it gets. I spent ages trying to find a big REWE and there isn’t one.

To get to Real, you’ll need to have a car. The good thing is that it is easily accessible by autobahn, just north of the city, and is open until 10pm Mon-Sat. They also have relatively cheap petrol and you can check the price online before you go.

You should also sign up immediately for the Payback loyalty card as well. You can use it at lots of places, but you’ll need to print the temporary one first, as you won’t get a real card until you start collecting points.

Real is a cheap store though, akin to Matalan in the UK in terms of quality, so manage your expectations. I go there for bulk groceries, cheap cleaning materials and mass produced plastics (bags, bins, etc.). Clothing and toys etc. tend to be short term… 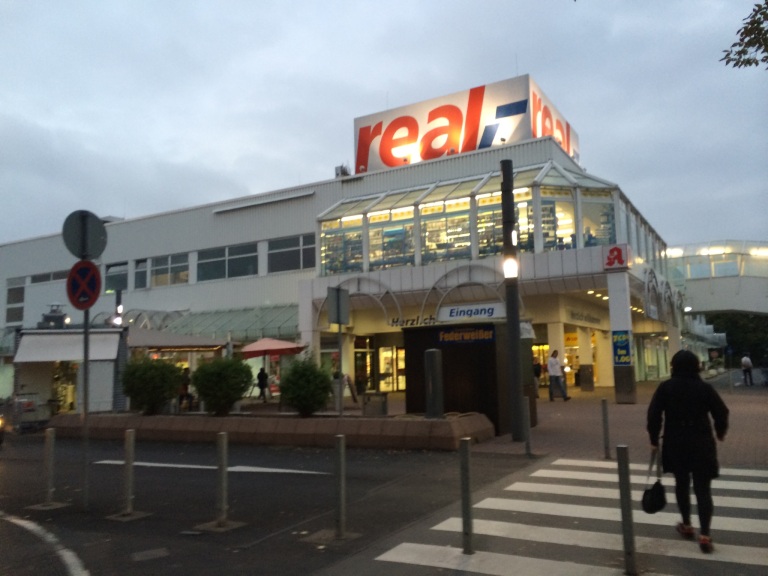