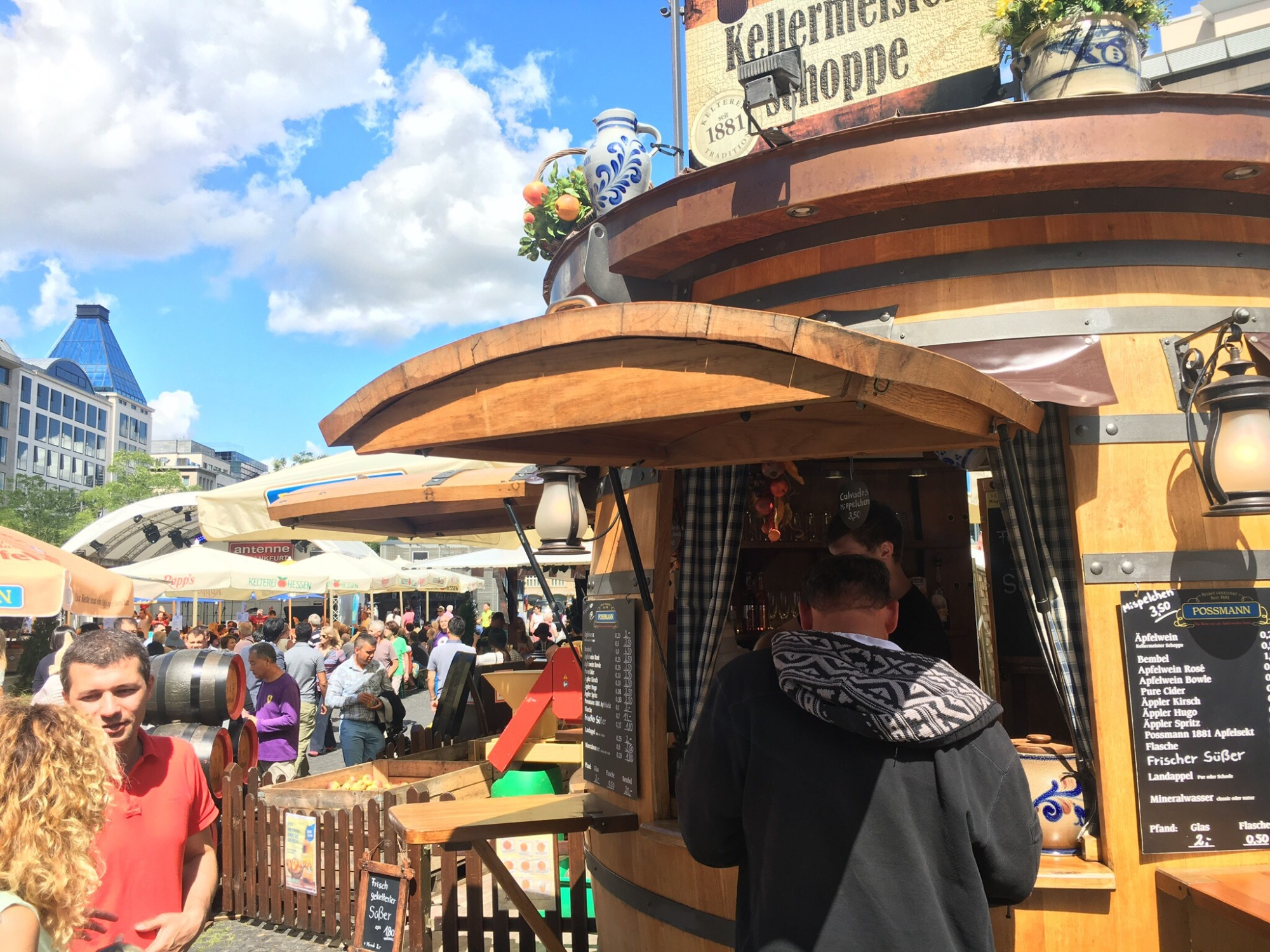 For the last 10 days, Frankfurt has been hosting an Apple wine festival (Apfelweinfest) in the Roßmarkt near Hauptwache. Today is the last day so if you are curious there is still time to get yourself a Bembel (jug) full of Apfelwein (or Ebbelwoi)!

Outside of Frankfurt and the state of Hessen, there is little awareness of Hessen’s official state beverage. Hessen is in fact Germany’s largest wine producing region, famous now for wines produced along the Rhein such as Riesling. However most people don’t realise that as recently as 1900 there were almost no grape vines in the region after Europe’s 400 year mini ice age and a pest, grape phylloxera, 250 years ago that destroyed the remaining vines. The colder weather did however encourage sturdier apple trees to thrive and wine producers turned to apples instead.

Producing alcohol from apples is of course not new. It started in Spain and was spread through the Roman and Greek. Britain is of course now the largest market thanks to the success of apple cider which is considerably strong in flavour and alcohol content than apple wine. Apple wine also lacks the fizz of cider, so many people mix it with fizzy water making it even weaker. Apple wine normally has an alcohol content of about 5% so you are unlikely to get tipsy too quickly. 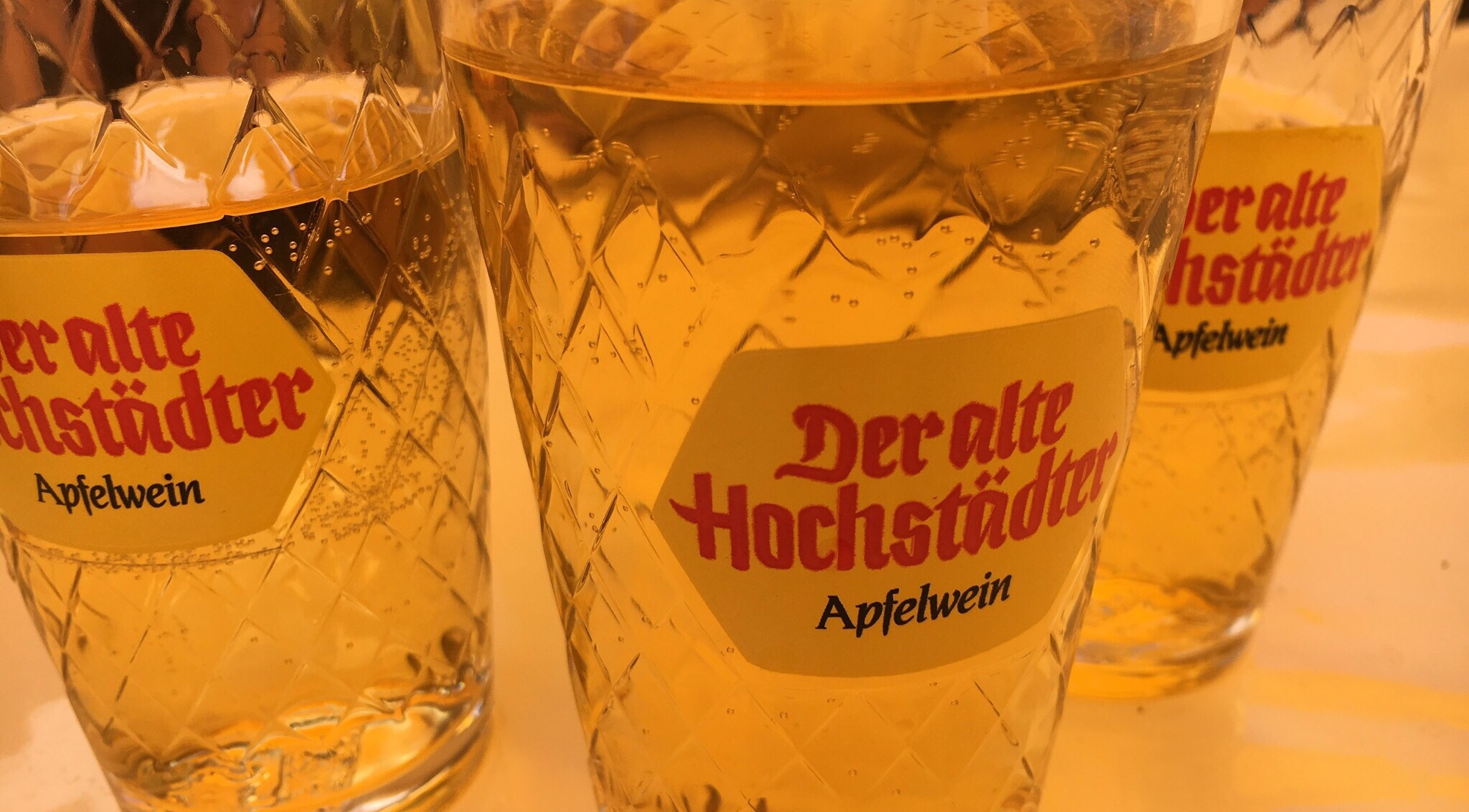 All of the traditional pubs and taverns in Frankfurt will serve you apple wine but the main district for apple wine cellars is Alt-Sachsenhausen, where places like Adolf Wagner’s take pride in serving you greasy roasted meats and jugs of apple wine wine traditionally loud and coarse humour. Beware though, they serve only apple wine and sometimes white wine, but no beer. The wine is normally served in a whitish earthenware jug with blue patterns called a ‘Bembel’ and with distinctive glasses (Geripptes) with a diamond-shaped lozenge pattern which are a leftover from the days when the locals ate without cutlery and needed glasses that they could grip easily.

If you fancy exploring the various apple wine hotspots, a nice way of doing it is with the Ebbelwei Express. This is a special tram organised by the local transport authority that stops at every key tourist location. It runs from 13:30 until 20:00 at weekends and on public holidays. It is a one hour round trip with audio and the ticket is valid all day, so get on and off as much as you like.