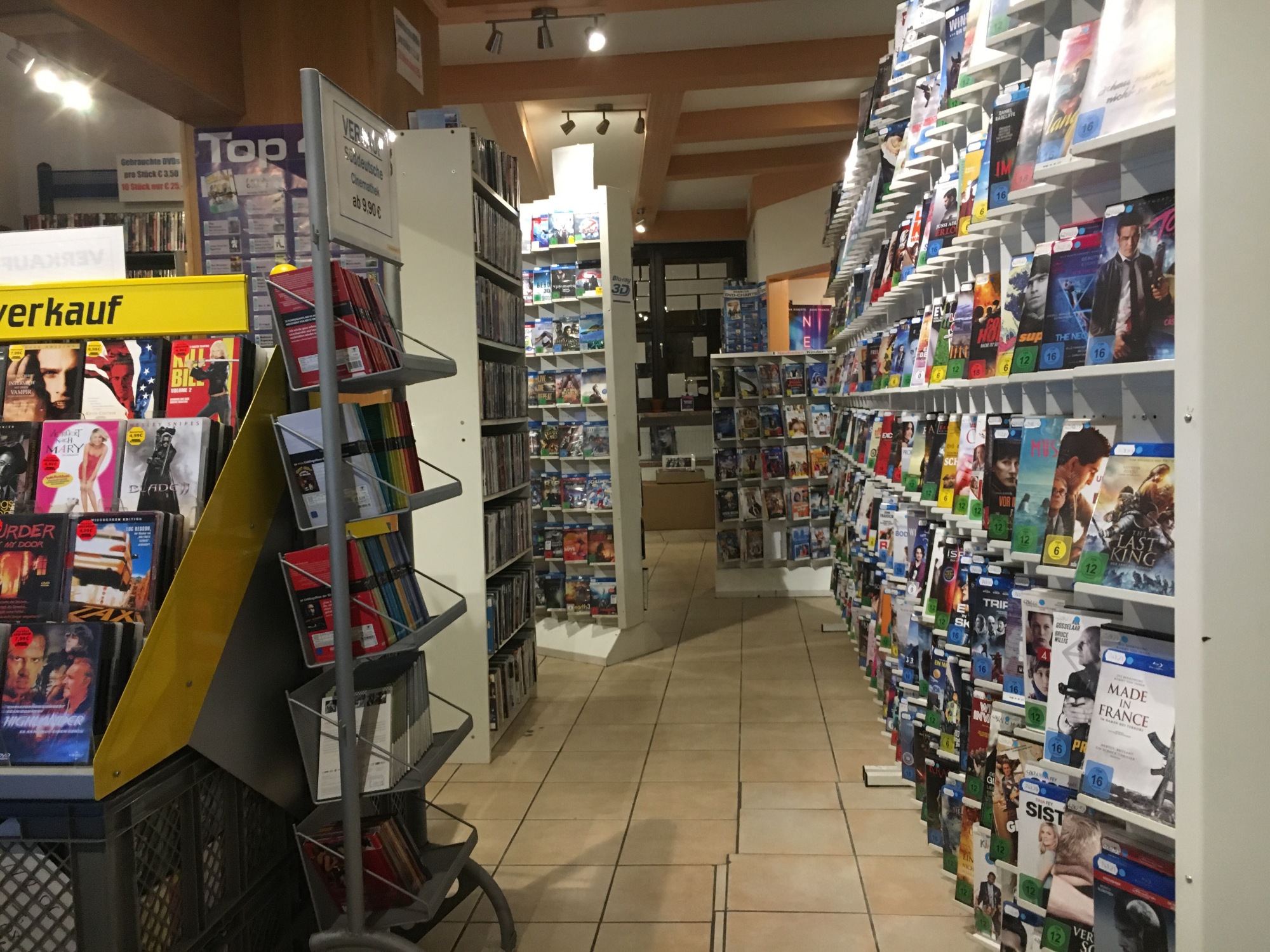 Update 13-11-2016: Video City has just moved house a few streets away from Sandweg. The new store is less than half the size but still packed with a lot of movies. Many of the old classics and regional films have disappeared, but lots of choice in many languages still. There is also a really good choice of old rentals for sale at €3.50. A bargain if you find what you want.

Its no secret that the DVD rental industry is going through major change but I was shocked to find that it has almost completely died out in Frankfurt. There used to be around 10 big stores which rented out DVDs up until a few years ago. Now there is only one proper store and a few smaller places and hole-in-the-wall dispensers.

Luckily there is still one big place left, Video City, and they seem to be here for the foreseeable future.

I just dropped in today and had a chat to them about the state of the DVD rental market :-). All very nostalgic! They have a mixture of new releases, TV shows and many classics and world movies. I think they said they have 70,000 titles, but I could have misheard that :-). Still working on the German skills…

In terms of cost and deals, there is a €10 membership fee that is waived if you bring your student ID, and rental costs either €1.80 or €2.20 for the day rental, depending on whether it is a new/popular movie or not. The catch is that ‘day-rental’ means you have to bring it back on the day you rented it and before the shop closes (10 or 11pm). If you bring it back the next day, even early morning, then you pay for the extra day.

I recommend that you buy the 10 hire package deal for €34. It gives you a next day return on the hires for only a 50% extra charge on the second day. Definitely a lot better than having to return a movie by 10pm! I mean, who finishes watching movies that early…? 🙂

The store is located in Ostend, just a few minutes walk from Freiligrathstrasse station (Strassenbahn 14).